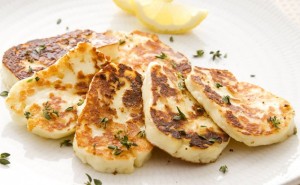 The process of designating halloumi cheese as a Cypriot traditional product is at an advanced level, Minister of Agriculture Nicos Kouyialis has stated on Wednesday.

The Cypriot government has filed an application to the EU for designating halloumi as a Protected Designation of Origin (PDO) and according to the Minister, the relevant file is now at the stage of translation, after it has passed all checks by the competent European Commission Directorate General.

In the next few days, the application file will be published in the Official Journal of the EU, Kouyialis went on to say. He added that this signifies that the EU is convinced that halloumi is a Cypriot traditional product, opening thus the way for assigning it PDO status.

Asked to comment on Turkey`s involvement in the case, the Minister said that Ankara tried to politicize a purely technical issue, noting however that Cyprus has worked hard and will be able to overcome all obstacles.