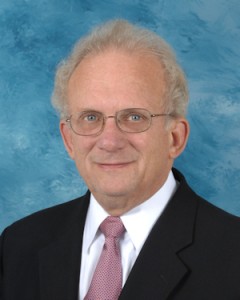 In a letter to US Secretary Of State Hillary Clinton, ranking member of the House Foreign Affairs Committee, Howard L. Berman, urges a “thoroughgoing re-assessment” of the US policy on Cyprus, taking into account Turkey’s military threats against Cyprus and its “colonialist transfer of population from the Turkish mainland.”

“The reunification of the Republic of Cyprus is of critical importance to the stability of the Eastern Mediterranean, a vital U.S. interest,” says the powerful congressman from California, adding that:

“I am deeply disturbed by two Cyprus-related developments — one ongoing for decades, the other of more recent vintage — that threaten the vital interest. These developments directly undermine long-standing elements of the U.S. position in support of Cyprus reunification and call into question our ability to sustain that position.

The first development cited by Berman is Turkey’s military threats against Cyprus in connection to the island state’s drilling for Hydrocarbons in its exclusive economic zone (EEZ). The second development Berman cites is Turkey’s “increasing draconian efforts to alter the demographic composition of Cyprus. Berman says that “Turkey has sent hundreds of thousands of Turkish citizens to Cyprus since 1974, meanwhile, the number of authentic Turkish Cypriots living in the occupied area has actually declined over the past 38 years and is now dwarfed by the number of Turkey-origin Turkish residents.

View the Letter and read in full here